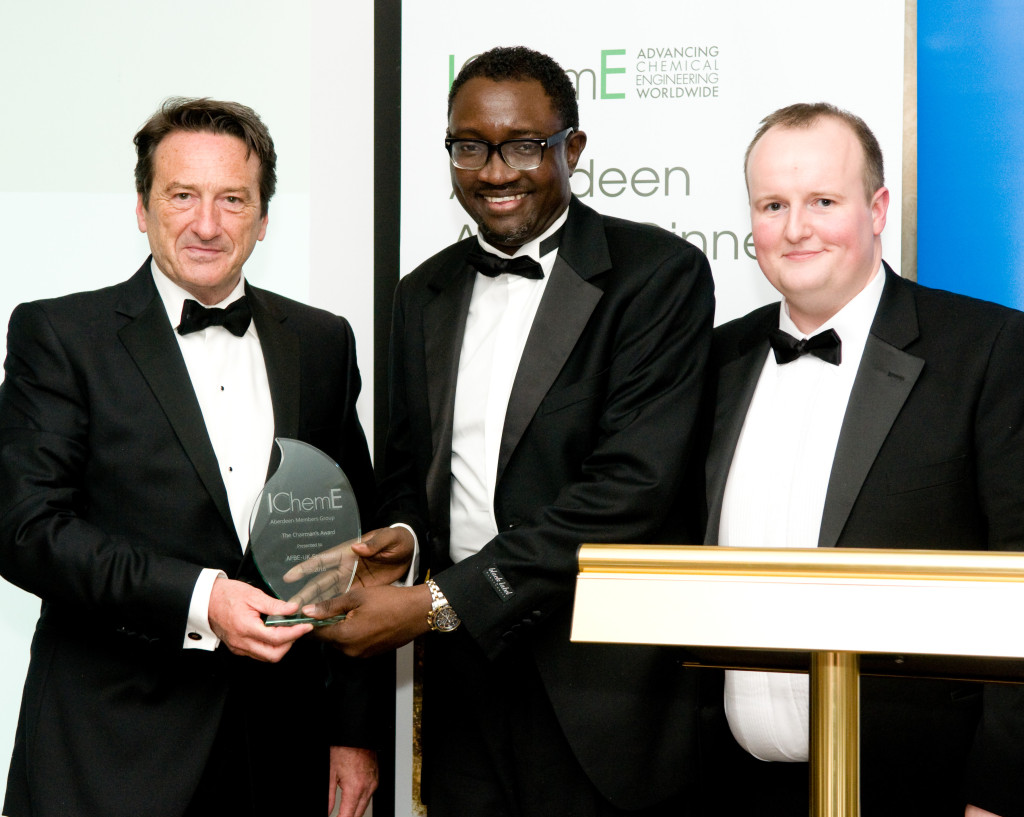 AFBE-UK Scotland was handed the Chairman’s Award at the Aberdeen Members Group of the Institution of Chemical Engineers (IChemE) annual awards dinner which held on Thursday, 17th March 2016 at Norwood Hall Hotel.

The Chairman’s Award is made to any individual or organisation that has made a notable contribution to the chemical engineering industry or profession. This year’s award was presented to the AFBE-UK Scotland Chair, Dr Ollie Folayan, by Aspentech.

“We are very delighted and hope this kind of recognition from such a respected industry body raises awareness of our work to people and organisations that would otherwise not have heard about AFBE-UK Scotland” commented Ollie Folayan on the award.

“Congratulations to each and every one of our members, associates and volunteers on this fantastic industry recognition. We are moving forward!”

AFBE-UK Scotland was inaugurated on the 4th of November 2011 in Aberdeen and remains committed to challenging and inspiring people of Black and Minority Ethnic (BME) origin in Scotland to make enhanced contributions in their respective fields, and to add value to their communities using engineering as a platform. AFBE-UK Scotland recently collaborated with the IChemE to run the latest edition of the Transition programme at the University of Aberdeen.